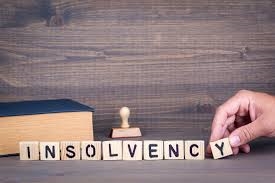 In an unprecedented move the Federal Government has announced temporary changes to some aspects of existing insolvency laws as part of the plan to try and keep businesses operating during this unique health crisis time.

With one of the most stringent insolvent trading regimes in the world, it is not surprising that one of the announcements that the government has made is a “softening” of these laws for six months. During this time, directors will be relieved from their duty to prevent a company from trading whilst insolvent with respect to debts incurred in the ordinary course of carrying on its business. It flows that directors will not become personally liable for such debts as would normally be the case under the normal insolvent trading regime. It is hoped that this will give directors confidence to continue to trade, to the extent practically possible, during this extraordinary time we find ourselves in. The government has made it clear that this relief only relates to debts incurred in the ordinary course of business and not where dishonesty and fraud are involved.

Temporary Increase In Thresholds and Time to Comply

For both personal and corporate insolvency matters, the government is providing a temporary increase to the amount required to issue a Statutory Demand against a company and a Bankruptcy Notice against an individual. The government is also increasing the time within which a company and an individual has to comply with a Statutory Demand and a Bankruptcy Notice respectively. Set out below are the new temporary changes:

ATO Enforcement May Be Suspended

Businesses may also seek tailored reductions in, or deferrals of, payments owing to the ATO. Consistent with the temporary relief on time to comply with Statutory Demands and Bankruptcy Notices, the ATO may also defer enforcement action including Director Penalty Notices and winding up action. The ATO has released a Media Release with further details.