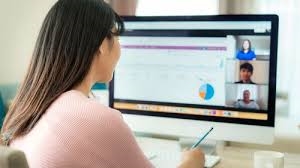 The ATO will allow individuals to claim a deduction for all running expenses incurred during the period 1 March 2020 to 30 June 2020, based on a rate of 80 cents for each hour an individual carries out genuine work duties from home. This is an alternative method to claiming home running expenses under existing arrangements, which generally require an analysis of specific running expenses incurred and more onerous record-keeping. So if you are working from home – and choose to use this shortcut method, you only need to keep a record of the hours you work from home.

• Electricity expenses associated with heating, cooling and lighting the area at home which is being used for work.

• Depreciation of home office furniture and furnishings (e.g., an office desk and a chair).

• Depreciation of home office equipment (e.g., a computer and a printer).

(a) there is no requirement to have a separate or dedicated area at home set aside for working (e.g., a private study);

(b) multiple people living in the same house could claim under this method (e.g., a couple living together could each individually claim running expenses they have incurred while genuinely working from home, based on the 80 cents per hour method); and

(c) an individual will only be required to keep a record of the number of hours worked from home as a result of the Coronavirus, during the above period. This record can include time sheets, diary entries/notes or even rosters.

Working from home running expenses that are incurred before 1 March 2020 (and/or incurred from this date where an individual does not use the 80 cents per hour method) must be claimed using existing claim arrangements. Broadly, these existing claim arrangements require: • an analysis of specific running expenses incurred as a result of working from home; and • more onerous record-keeping (e.g., the requirement to provide receipts and similar documents for expenses being claimed, as well as the requirement to maintain a time usage diary or similar record to show how often a home work area was used during the year for work purposes).

See the ATO Working from Home for more information.